“Cornish Hues” celebrates the magic that is Cornwall under clear, cloudy and night skies. With a focus on how the light from above creates shapes, patterns and stories, the line-up of images provides a rich and varied look at coastlines, towns and landmarks in the most beautiful of weather conditions.

From the Tolkienesque jagged rocks of Pedn Vounder shrouded in golden sea mist to the awe-inspiring diamond-flooded skies over Wheal Prosper Mine in Rinsey, this exhibition will expose you to Cornwall's elements and its incredible natural wonders.

Kieran Brimson began his photography career in Cornwall back in 2011 with “The Day That...” A unique company whose team of photographers have captured every dawn in West Cornwall since 2005. Through his work with The Day That Kieran reached an impressive milestone of 1000 photographed sunrises back in 2017, all the while exploring the Cornish coastline and gaining a wealth of experience. This was and is, no easy job. Photographing dawns in the half darkness, in gale force winds and driving rain, sometimes snow, dealing with massive high tides and punishing early starts (3am in the height of summer). In the photographer’s own words: ‘It was a baptism of fire but the reward has always been capturing a moment of beauty that few others will ever witness.’

The other reward is that Kieran’s own work has developed a unique voice and his images are rightly recognised as exceptional by the photography industry as a whole and especially by those individuals who lucky enough to own an image created by him. Kieran has had various front cover features with Cornish-based magazines Cornwall Today and Cornwall Living but has also seen success on the international stage, having been the winner of the Light, Space and Time International Landscape Competition as well as being featured in the Insight Astronomy Photographer of the Year book of 2015.

The Poly continues to recommend wearing a face covering (unless you are exempt), thinking social distance, and sanitising your hands on arrival. 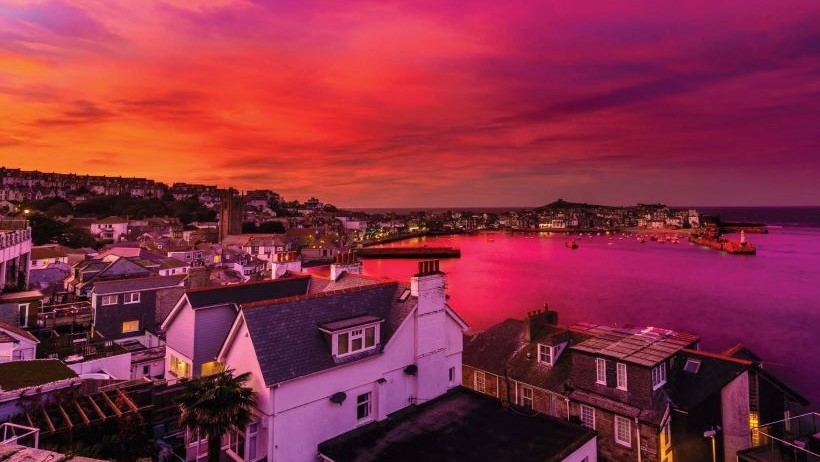 An exhibition of drawings from Falmouth’s streets - created over a 24-hour period from noon 8th to noon 9th October...