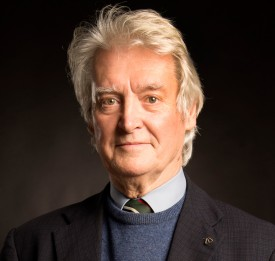 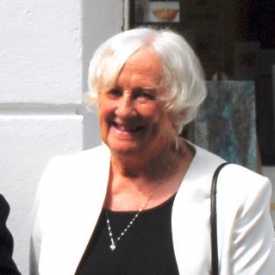 Sally Robinson is the founder of the award-winning Cornish theatre group Young Generation, whose productions of major musical shows have been staged at The Poly annually since 1982. Sally has a longstanding relationship with The Poly - including developing The Poly's programme of drama, dance and music in the 1990s when she was the programme director.

She was awarded the BEM in 2016 for services to Community Arts. 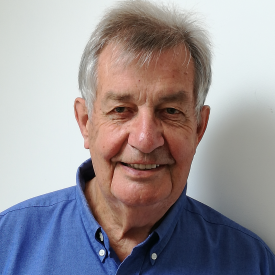 Anthony Phillips was born in Falmouth where he qualified as a solicitor. After briefly practicing in London, he read theology at King’s College, London. He obtained his PhD from Cambridge University. He was ordained in 1967 and was successively Dean, Chaplain and Fellow of Trinity Hall, Cambridge and Chaplain and Fellow of St. John’s College, Oxford. In 1986 he was appointed Headmaster of the King’s School, Canterbury.

Anthony Phillips has written a number of books both scholarly and popular as well as many articles and reviews. He has undertaken both broadcasting and television work and lectured both in the United Kingdom and abroad. Since retirement he has been engaged in charitable work particularly in education and the arts.

An enduring classic, American Graffiti celebrates an America of the early 1960s, where teenagers cruise the streets in...

A long-running, annual celebration of the artistic talent from our community – displayed to showcase the best works...

A vital reimagination of one of the most important books ever to be published: Anne Frank’s Diary of a Young Girl, the...