Close Encounters of the Third Kind with laser show

Unique, Fantastic, Original
Nominated for eight Academy Awards (winner of Cinematography) and universally considered the best film ever made about alien visitation to Earth, Steven Spielberg's blockbuster film, Close Encounters of the Third Kind, is descending on The Poly for a one-off ‘out of this world’ screening.
Experience this epic science fiction adventure as you’ve never experienced it before. This extraordinary screening features immersive laser light effects devised by Greenwave Laser. For one night only, The Poly will be transformed into the first laser enhanced cinema in the UK!
"You know, those pictures in the National Geographic about the Aurora Borealis. This was better than that."
"Ronnie, I need you to see something with me. It's really important."
Immerse yourself in the story of power repairman Roy Neary (Richard Dreyfuss) that brings his extraordinary encounter with a strange spacecraft hovering directly above your cinema seat and turns his ordinary daily life upside down. Recurring visions of a mountain fuel an increasing obsession that drives him to an emotional breaking point. Desperate to understand what he has experienced, he finds an ally in Jillian (Melinda Dillon), a single mother who believes her son has been abducted by the aliens. Meanwhile an international group of scientists led by French expert Claude Lacombe (Francois Truffaut) search for a breakthrough in human-alien communication.
Perfectly timed laser effects create an atmosphere that draws you into the action. Experience first-hand the flight of the UFOs as they circle overhead and feel a close encounter as the light surrounds you and the ship descends to reveal its passengers.
We are not alone!
This film screening includes flashing lights and mist effects. 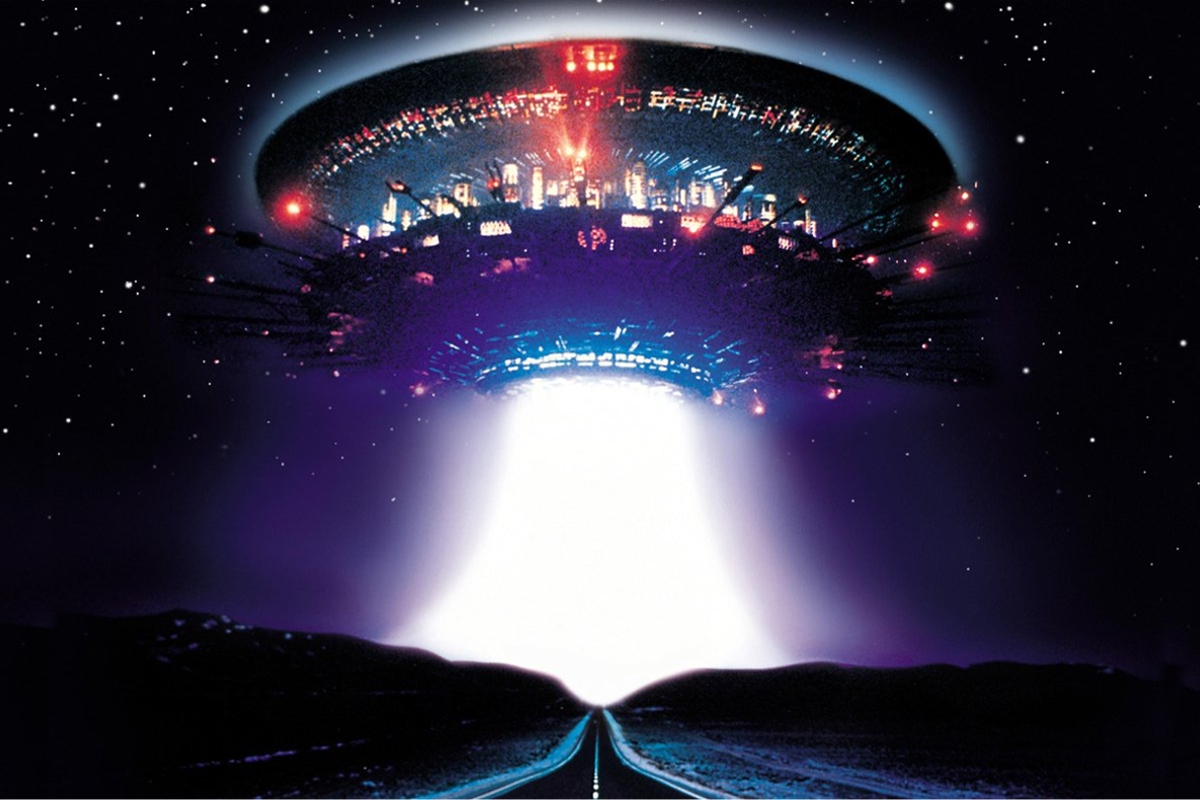