Hope Venture is a phenomenally successful TV show that's success has swept the globe - politicians quote it, the President and Queen have favourite characters, and there is an internationally-celebrated Hope Venture Day, marking the release of the first episode. It is known as "The Harry Potter of cartoons" and is widely regarded as the most important and influential piece of media in history.

It has just been announced that Hope Venture has been cancelled.

Aidan Smith, Creator and Head-Writer, has pulled the plug on his universally-cherished masterpiece, and nobody knows why. Even his closest friends, Personal Assistant Sarah and Head Animator Mark, haven't heard a thing. In fact, Aidan has completely closed himself off - for the last month he has disappeared, barely uttering a word at work and avoiding everyone he knows. But the announcement of the cancellation is forcing him into the light, and as a frenzied horde of fans, reporters and a furious Chief Network Executive descend in a flurry of raging chaos, Aidan is antagonised to the point of madness. He illustrates a horrible beast that he becomes convinced is hunting him, butchering as it rampages through the offices. As Aidan falls further and further into madness, it falls to the hands of a bewildered Sarah and Mark to hold off the press, restore Aidan to health, and find out why he cancelled Hope Venture. They just have to make sure he doesn't get eaten first. 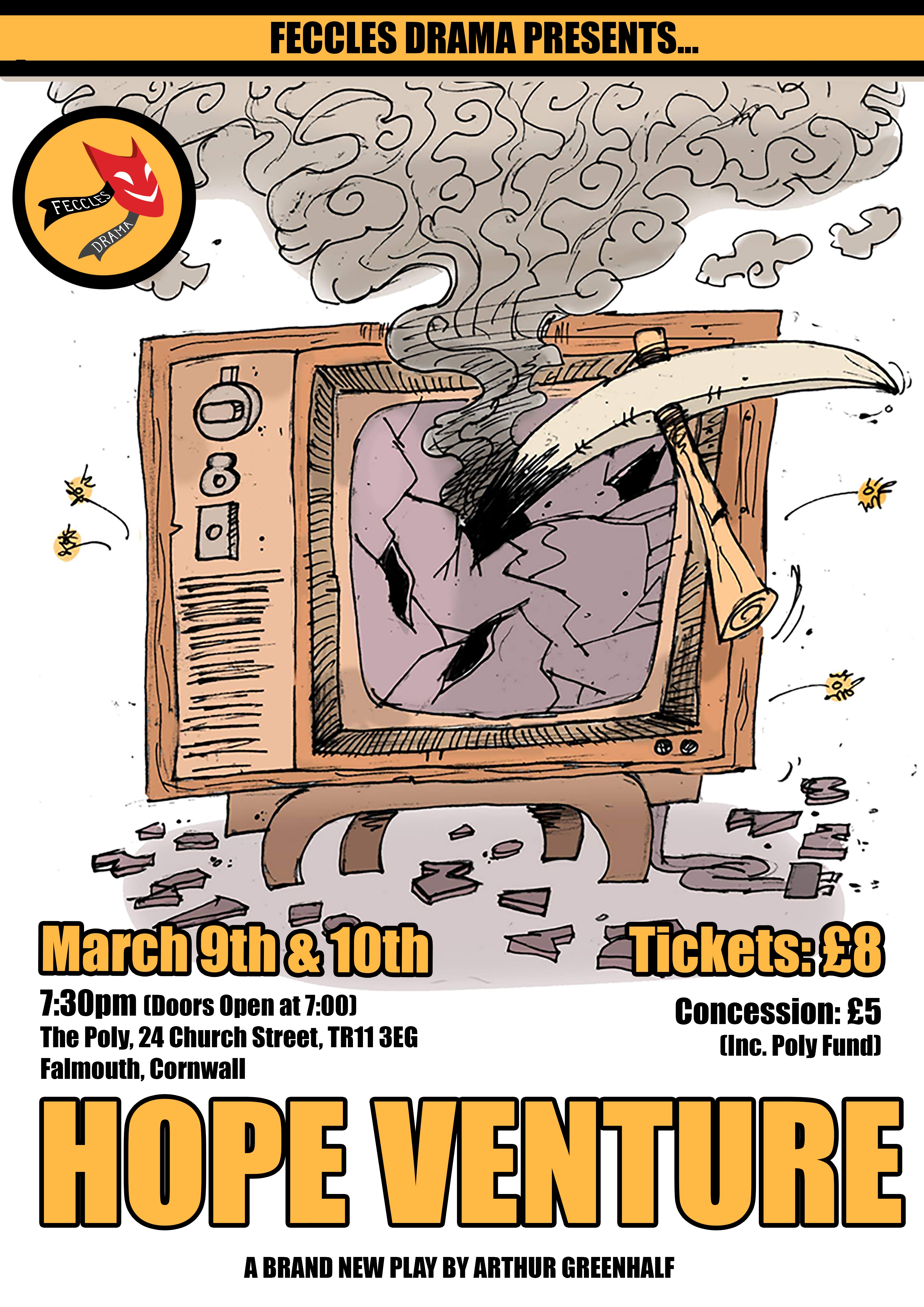