Remi Harris is an exciting Jazz & Blues guitarist from the UK who's unique style draws inspiration from artists such as Django Reinhardt, Jimi Hendrix, Wes Montgomery, Peter Green and Led Zeppelin. He has performed at Buckingham Palace, Montreal Jazz Festival, BBC Proms at the Royal Albert Hall with Jamie Cullum, on BBC 4 Television and live on BBC Radio 2 & 3.

In his live shows Remi plays an eclectic mix of jazz standards, improvisations, original compositions and new arrangements of his favourite tunes. He plays a variety of acoustic and electric guitars and the shows are interspersed with his commentary about the history of the music and instruments he’s playing. 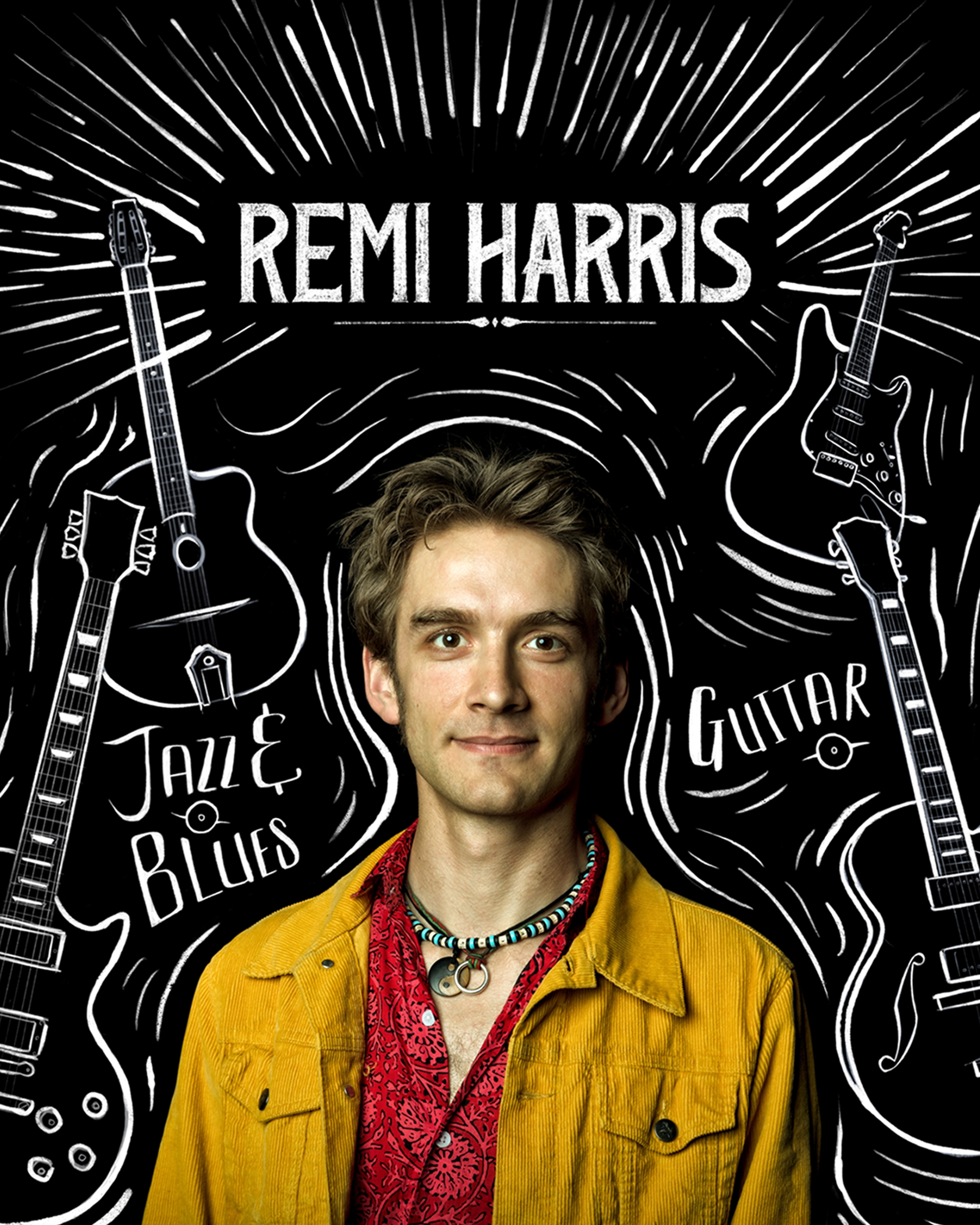