The Bikes of Wrath

A story of adventure and humanity in the American heartland, The Bikes of Wrath follows five Australian friends attempt to cycle 2600kms from Oklahoma to California in honour of the mighty westward migration undertaken by ‘The Grapes of Wrath’s’ Joad family.

Through chance encounters with everyday Americans, the cyclists explore the novel’s core themes – migration, inequality and the perceived land of opportunity – and how the nation has progressed some 78 years after Steinbeck’s Dust Bowl depiction was first published.

It is through countless acts of generosity from small-town individuals and communities, to desolating encounters with ‘unwanted’ Americans, that the cyclists experience first- hand the startling parallels of the novel in a country still grappling with immigration, wealth disparity and, ultimately, its own sense of identity.

The Bikes of Wrath couldn’t be more timely. It’s a funny, heartbreaking, yet ultimately hopeful documentary that opens our eyes to the complexities of America, all while shining a positive light on the nation at a time when the world needs it most. 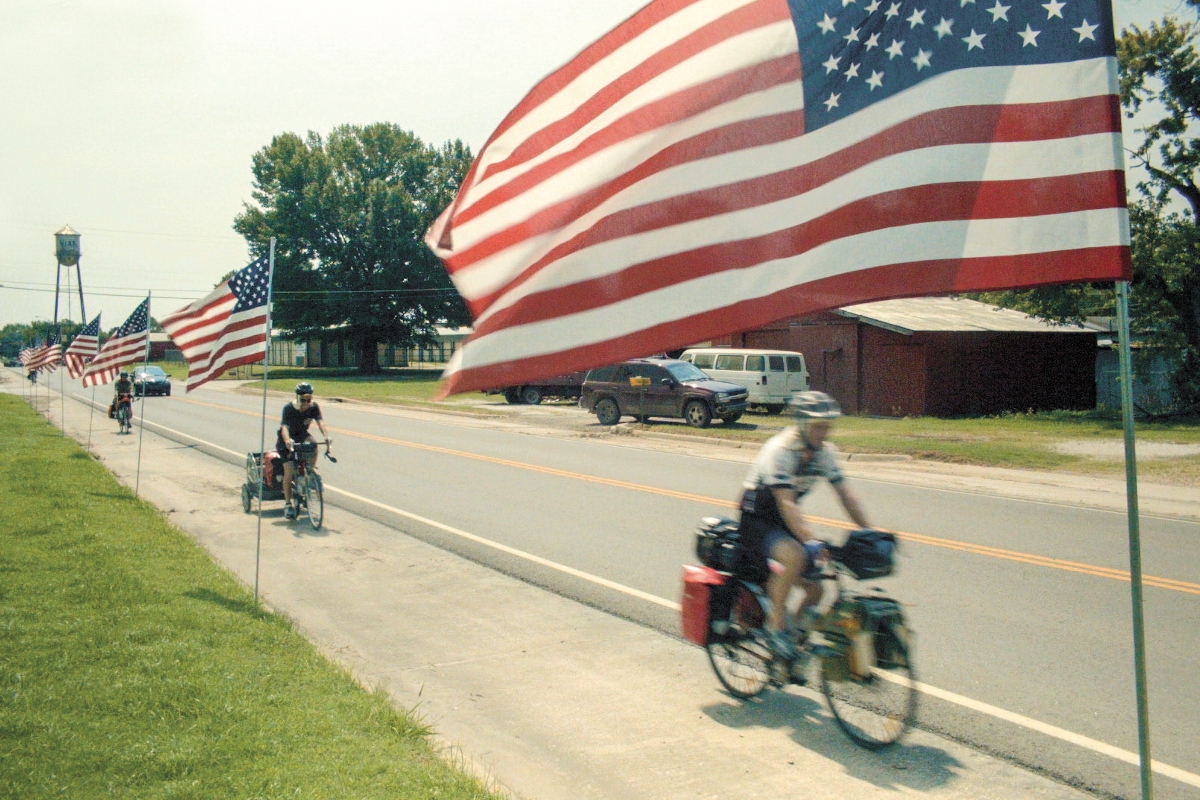 Expect appearances from imaginary girlfriends, a confused Yorkshireman & the mysterious Pine Nut (what are those?) as...

Come down to The Poly to see Iona Lane deliver poetic songs inspired by the landscape and natural world. ...