One of Britain's best-loved actors, Paterson Joseph comes to Falmouth to talk about his utterly captivating debut novel The Secret Diaries of Charles Ignatius Sancho.

Sancho was a trailblazer: composer, aspiring actor, letter-writer and anti-slavery campaigner, he was painted by Thomas Gainsborough and went on to become the first known person of African descent to vote in a British general election

When Paterson Joseph first came across Sancho’s story he immediately realised that it served as a perfect example of the strange, uncomfortable relationship that Britain has always had with its colonies and colonial people.

Having brought the story to life in a one man play, “Sancho: An Act of Remembrance” he was subsequently moved to write the story as a novel. The result is a Dickensian romp through Georgian London inspired by Sancho’s own letters and diaries that were themselves renowned for their observations of 18th-century culture and politics and their domestic intimacy. 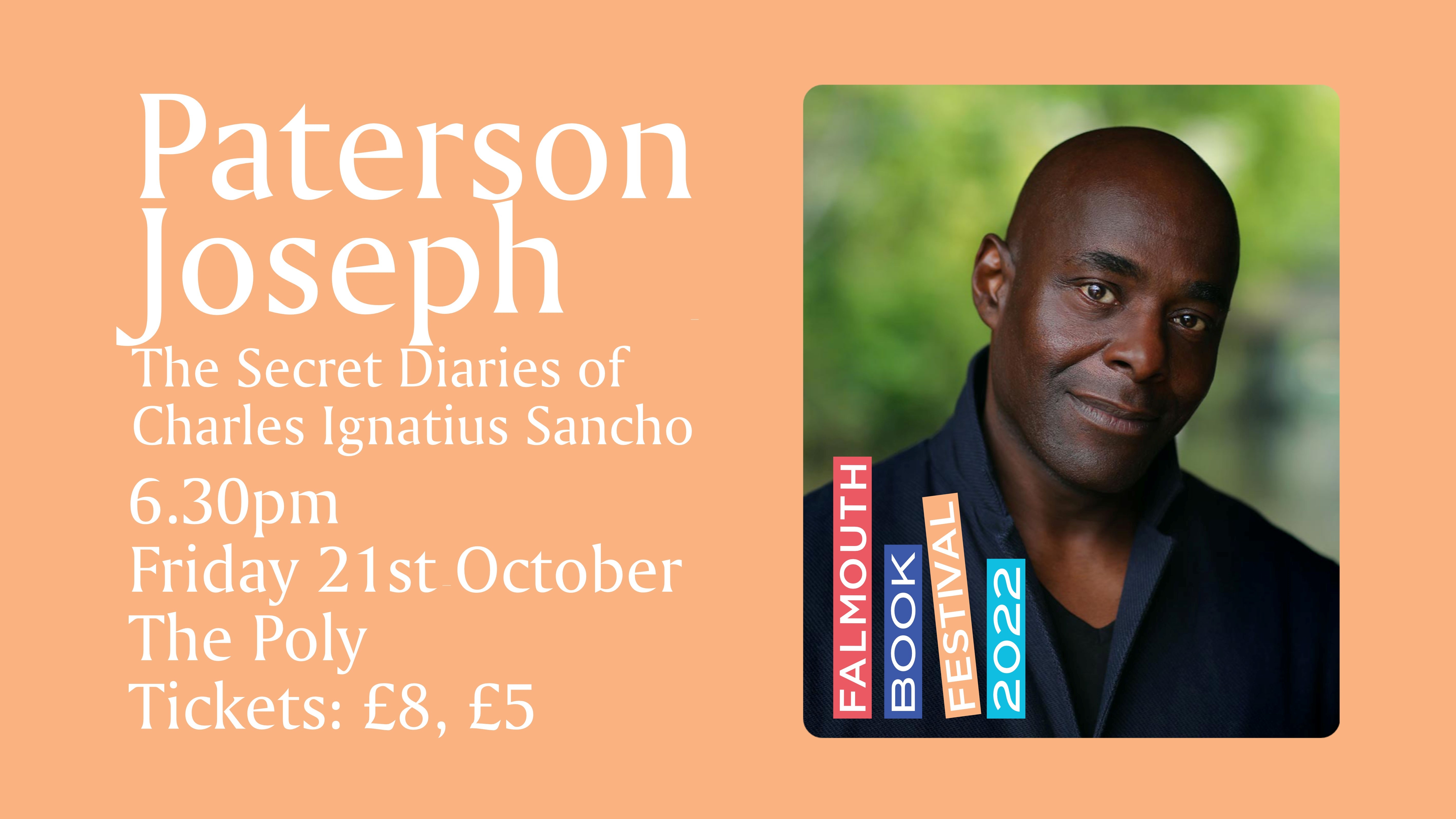 Join writer Justyn Edwards as he teaches you about the power of misdirection and sleight of hand in storytelling ,and...