How do you paint a portrait of someone whose existence has been a family secret? Iain Cunningham does the detective work to uncover his own mother’s story.
Irene died before Iain was old enough to form memories of her. The layers of silence surrounding her death were so tightly bound that it has taken him decades to broach the topic with his father.
As Cunningham encounters long-lost relatives and Irene’s best friend, Lynn, he gets to know his mother through the stories they tell: life in Nuneaton in the 1970s; factory work and living for nights at the Co-op Hall and holidays. Like putting pieces of a puzzle together, Irene’s personality comes to life. Bursts of animation illuminate memory and fantasy in this moving portrait of mental illness, grief, and female friendship. Irene’s Ghost reflects on the world of memories you create, along with the ones you leave behind.
The documentary screening will be followed by a Q&A with director Iain Cunningham.
Tickets: £7.75 / £6.00 (inc. Poly Fund) 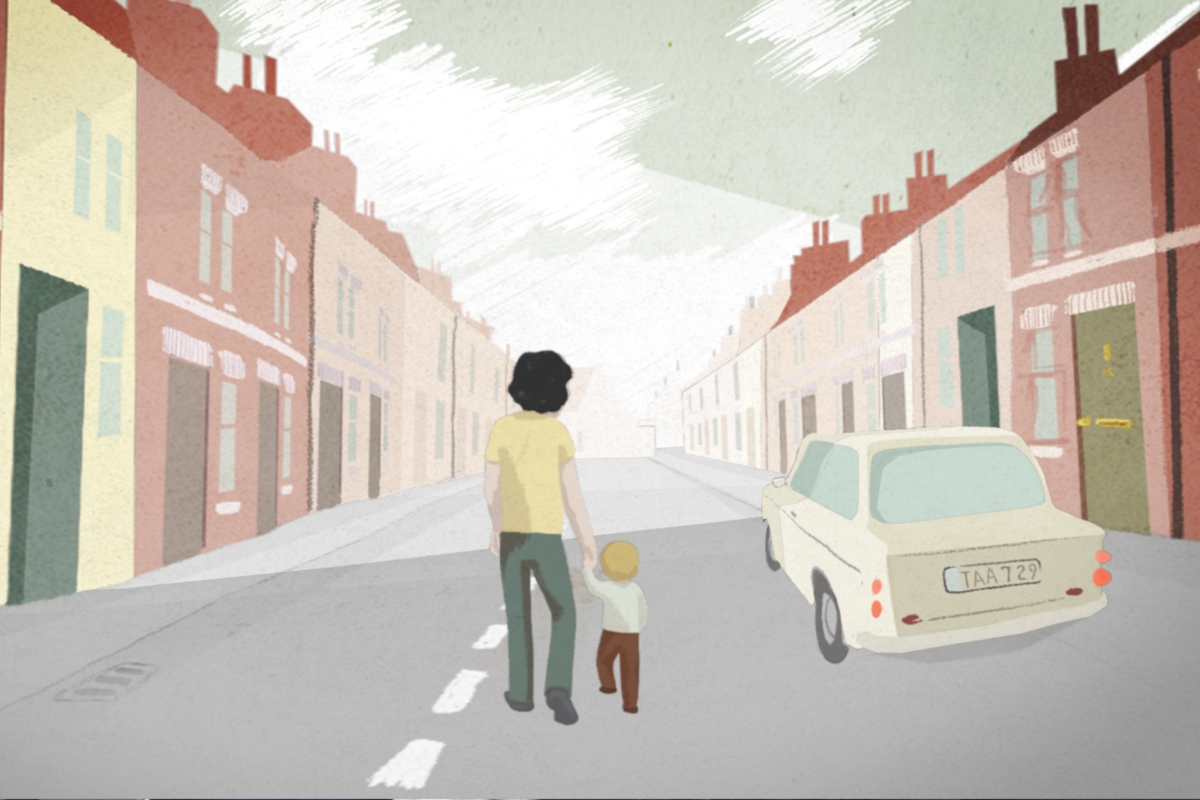