Twisted Tales is a hilariously dark triple bill of riotous comedies that reveal the darkness under the domestic, the lengths people will go to for love & how to wash blood stains out of a carpet.

Why have three strangers; a brash Bristolian, a Cockney wide-boy & an introverted blogger been summoned to play a deadly locked-room mystery?

Who is the bandaged man, obsessively in love & held captive inside an upmarket flat, counting down the seconds until it’s time for HER to return & the “thing I can’t say” to begin?

How will two childrens' TV presenters dispose of a corpse before time runs out? All they have is their wits, their arts & crafts skills & a foul-mouthed, criminal genius glove puppet. Join us for an anarchic night of Twisted Tales and consider “how far would you go to get what you want?

For their fifth outing ‘Owdyado Theatre brings you three twisted tales from three distinct voices. Inspired by cult TV series The Twilight Zone and Inside Number Nine this series of dark comedies is co-written by Daniel Richards and Charlott Bister (A View from the Edge, Above Bored) as well as distinguished Cornish writers Brett Harvey (Brown Willy, Weekend Retreat) and Jon Welch (Spillikin, Swivelhead ).

“***** as engaging as it is extraordinary” West Briton, Above Bored, ‘Owdyado Theatre 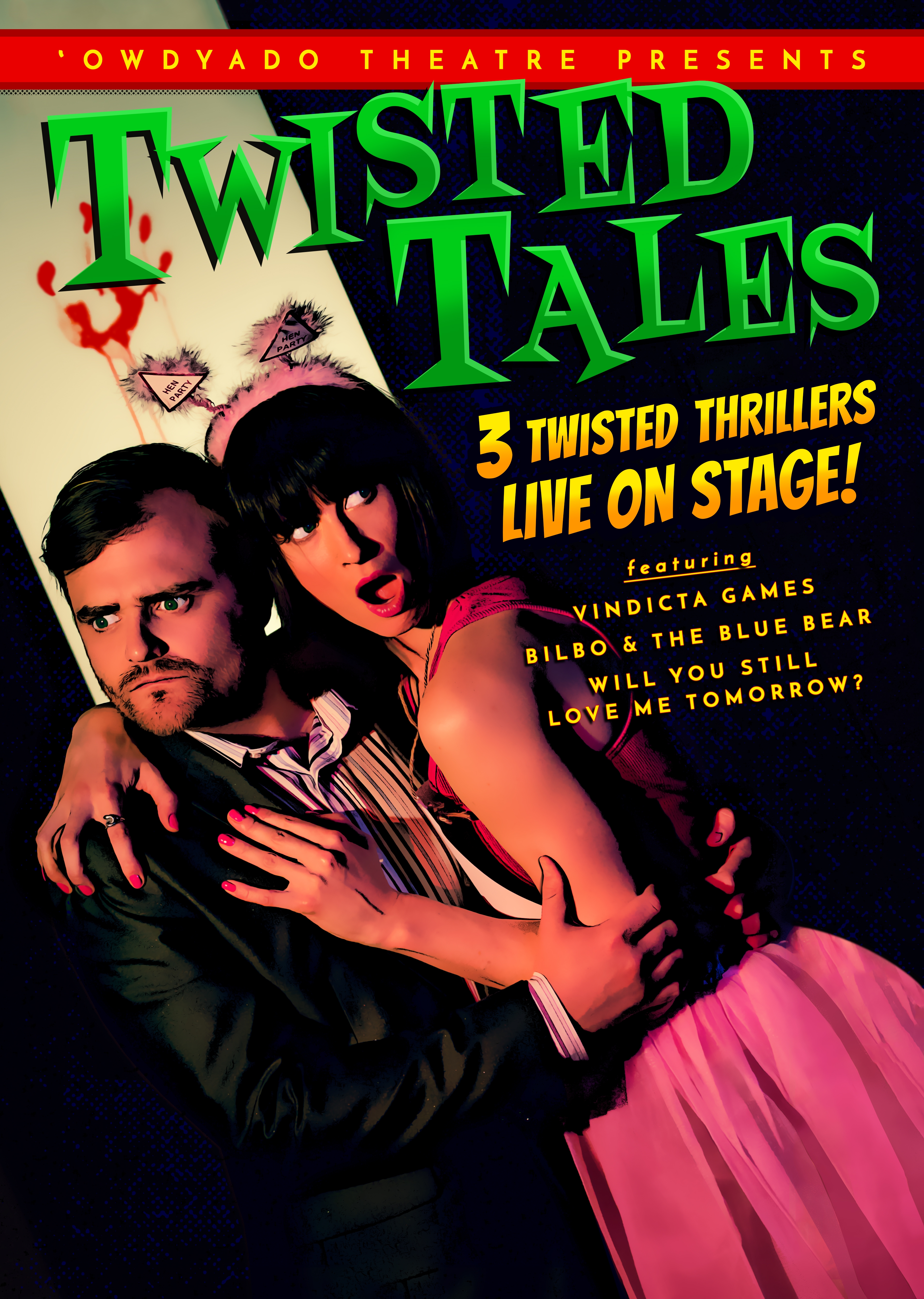