Your returned search results are below. 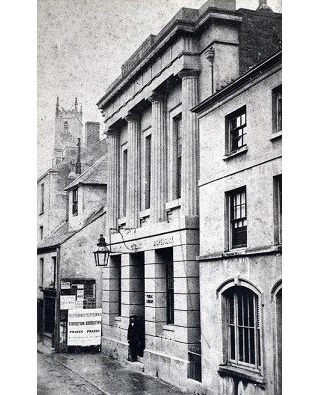 Howard Spring joined the RCPS shortly after he moved to Cornwall in 1939. During the war, the Society continued to put on lectures, but faced difficulties including the threat of requisition of the premises (in 1939 a detachment of Royal Engineers made use of the Hall for about 8 weeks; potential use by both the British and American Navy was reported in 1943 and 1944). 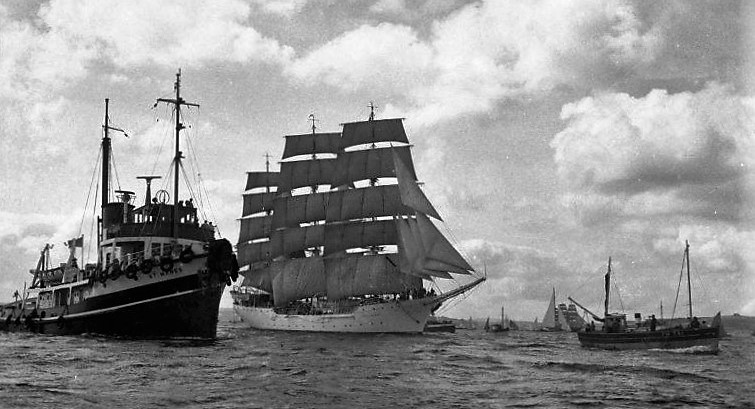 The tall ship Christian Raddich, escorted by the Falmouth tug St. Mawes, leaves Falmouth at the start of the 1966 Tall Ships Race. Christian Raddich is well known for her starring role in the BBC TV drama series 'The Onedin Line' which ran from 1971 to 1980. 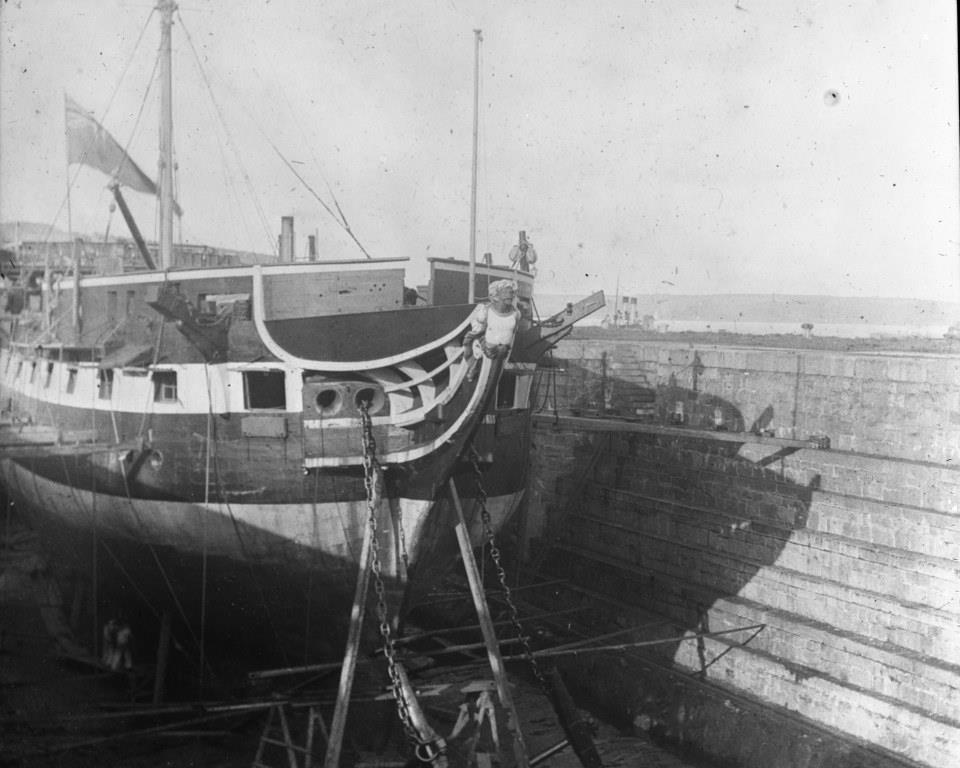 Geoffrey Wheatley-Cobb brought her to Falmouth in 1902 and moored her off Flushing as a training ship for boys. She was a significant feature of the inner harbour until 1927. 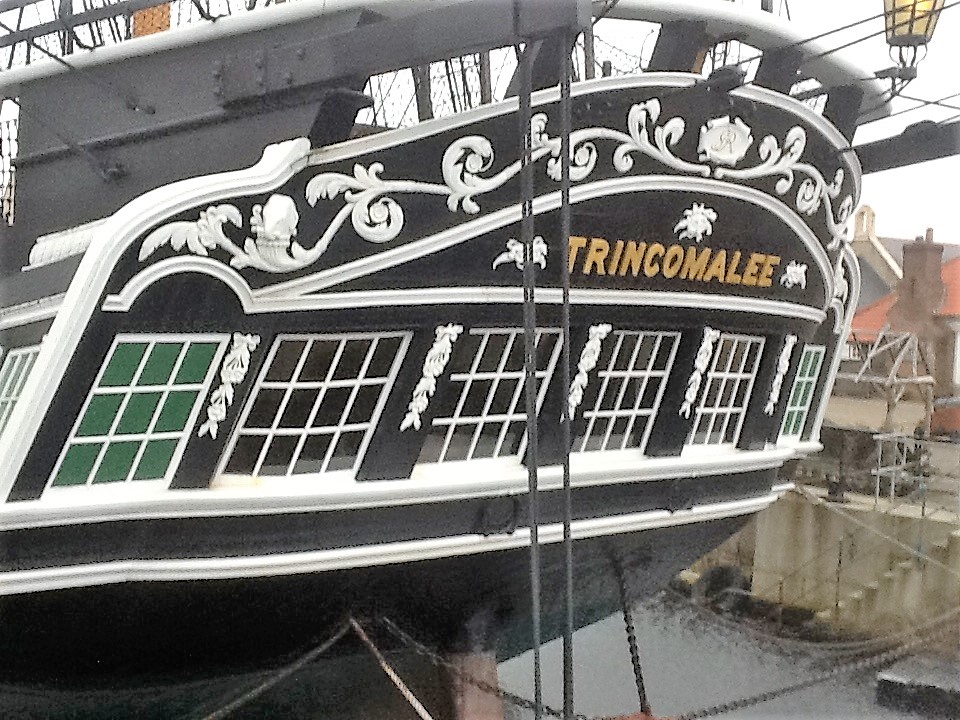 Trincomalee is the oldest British warship afloat today, and the second oldest in the world after the USS Constitution in Boston, USA 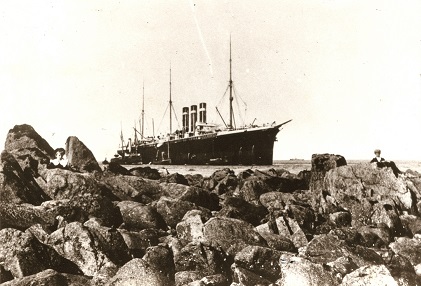 EA Osborne photo of the wreck of the S.S. Paris on Lowland Point, Coverack - ran aground 21 May 1899

EA Osborne's two young sons are seen among the rocks in the foreground perfectly framing the ship, Les on the left and ET on the right.

Contributed: From Brian Osborne's 'Images of the Past' collection #111 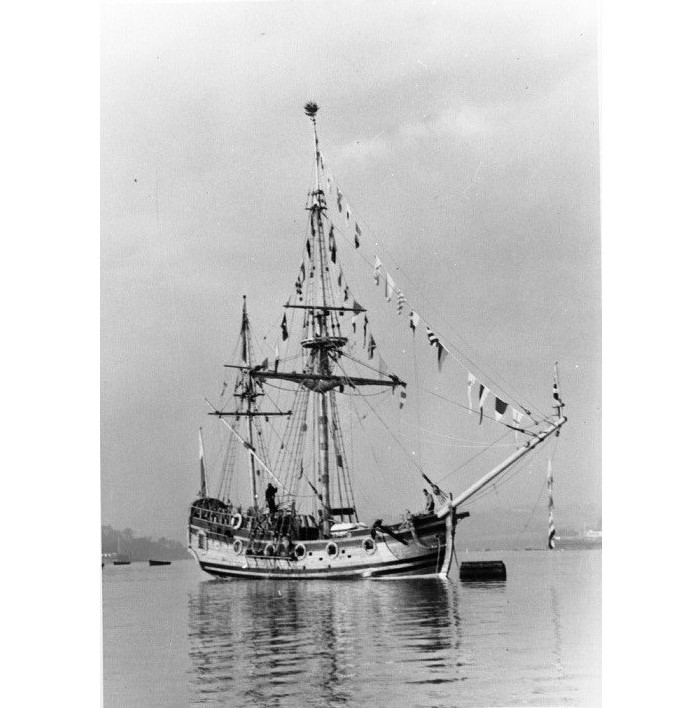 Nonsuch moored in the Inner Harbour in 1969

Contributed: from Brian Osborne's 'Images of the Past' collection #325
Tags: replica, sail, ship 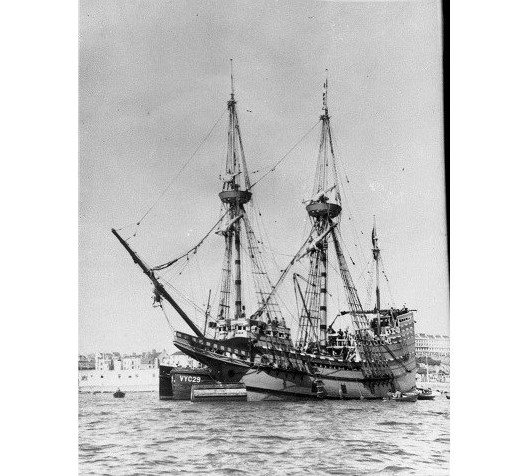 Mayflower II before setting sail for Plymouth, Massachusetts in April 1957

Contributed: From Brian Osborne's 'Images of the Past' collection #78
Tags: replica, sail, ship 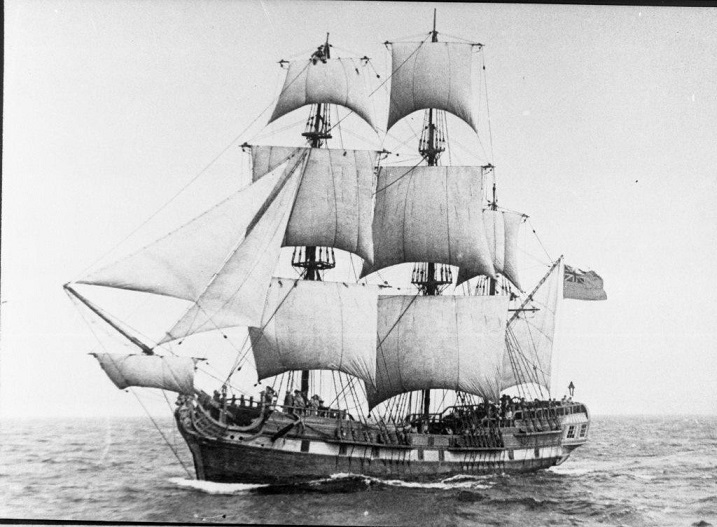 Hispaniola visited the River Fal in 1949