Deep in space the crew of the Fortuna are searching for extra-terrestrial life but the ship is malfunctioning, the crew are beginning to show signs of a strange infection and time is running out…

As acclaimed sci-fi author Edward R Matherson lays on his death bed, a bloody battle of wits is taking place in his kitchen over the secret of the universe…

Jamie’s life is in turnaround. He’s lost his job, he’s desperate for love and his only companion is a malfunctioning Alexa unit. She’s supposed to make his life easier. But the question is – who is serving whom?

Time, space, kidnapping, torture, the infinity of the universe, the quest for humanity, the desperate search for meaning, the last gasp of a dying star and copious amounts of tea – these themes and more are covered in ‘Owdyado’s hilariously dark Twisted Tales Vol. 2 – three brand new comedy thrillers live on stage!

Inspired by cult TV series The Twilight Zone and Inside No. 9, this series of dark comedies is co-written by Daniel Richards and Charlotte Bister (A View from the Edge, Above Bored) as well as distinguished Cornish writers Brett Harvey (Brown Willy, Weekend Retreat) and Jon Welch (Spillikin, Swivelhead ).

What audiences though of Twisted Tales Vol. 1

“Wonderful. We need more shows like this touring the country”

This show will be performed in The Poly's Main Gallery. Tickets are unallocated and seating will be socially distanced.

‘Owdyado Theatre produces original work that tours across the UK. They are based in Cornwall and make intelligent, entertaining theatre – normally about people who find themselves in unexpected situations from which everyday philosophical dilemmas arise. Their shows are funny, thought-provoking and they love a good plot twist!  In 2015 ‘Owdyado were made a Resident Company of Hall For Cornwall. 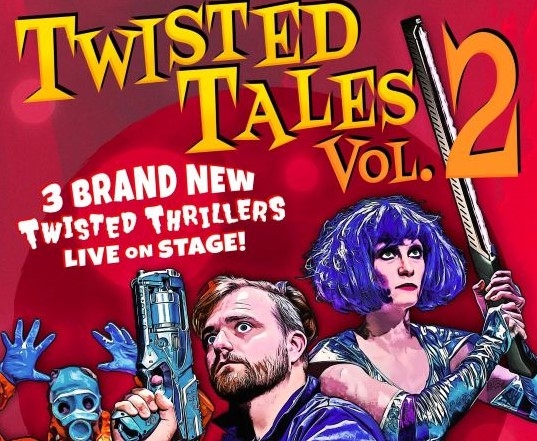 Nancy Stokes, a retired schoolteacher, is yearning for some adventure, and some sex. Good sex. And she has...

This is the perfect taster session for people who have always wanted to try their hand at making a handmade mug. ...