Advance ticket sales will close at 1pm today (25/03). If you have booked an advance ticket(s), your ticket(s) will be ready for you to collect on the door at MONO from 7:30pm.

Bristol noise band Spectres head on tour to accompany the release their second album ‘Condition’ on March 10, the follow-up to their acclaimed 2015 debut, ‘Dying’.

It’s louder and more abrasive than their debut, but also a real progression. It sounds huge and adds a genuinely innovative and confrontational edge, partly inspired by last year’s remix album, ‘Dead’, which saw everyone from Factory Floor to Richard Fearless instructed to “kill” the songs from ‘Dying’.

“There were discussions about experimenting with electronics, but the idea soon petered out when we realised we still wanted to experiment with guitars,” reveals singer and guitarist Joe Hatt. It’s true that a track such as ‘End Waltz’ has a relentlessly pounding, almost techno structure, in contrast to the kinetosis-inducing dirge of ‘Dissolve’ – the first single from the album which appeared as an edible tablet download with a suitably stomach-churning video late last year.

Spectres were formed in Barnstaple, North Devon in 2011. After moving to Bristol a couple years later they self-released a few EPs and singles on their own Howling Owl label, before joining forces with Sonic Cathedral for 2015’s ‘Dying’, their incendiary debut that they promised would “snap people out of their comfort zones." The resulting largely positive coverage everywhere from NME to Drowned In Sound, The Times and the Guardian to BBC Radio 1 – not to mention people fleeing their gigs, hands pressed tightly over bleeding ears – would suggest they went some way to achieving this aim.

In contrast to the seriousness of their music, the band have also become notorious for their relentless sending up of the music industry – their alternative James Bond theme for ‘Spectre’, which fooled one Evening Standard journalist into thinking Sam Smith had been listening to some Sonic Youth; their feather ruffling Record Store Day Is Dying campaign; the video for ‘This Purgatory’ in which they killed Fearne Cotton, Nick Grimshaw, Reggie Yates and Scott Mills – seemingly with John Peel’s approval – while recording a Radio 1 Live Lounge appearance; and most recently they shared a spoof Spotify ad that went viral.

LICE >> Energetic Bristol post-punk band blending the sultry tones of The Country Teasers, The Birthday Party and The Fall.

"As 2016 comes to a close, LICE are without a doubt one of Bristol’s most exciting new acts; we expect big things from them in 2017." - Bristol Live Magazine

Craig Taylor-Broad >> There is something delicious in the near-indulgent miserablism of Craig Taylor-Broad's sound. Each song - a heady yet profound mix of macabre sublimeness and base desolation - dispenses a hypnotic and haunting turmoil which both enthrals and isolates the listener, tangling them totally in the narratives of this enchantingly mysterious soul. It is impossible to shake-off the lingering, lyrical black dominion of the music, and that fact is strangely comfortable.

"I recommend spending time with Craig Taylor-Broad's music, perhaps not at a wedding though, unless you are the jilted other party." - Emerging Indie Band

"Without doubt, one of my favourite musical discoveries of the past few years." - Scene Point Blank

"A musician who's made a strong impression on me." - Bandjack

"You have to respect and commend Craig Taylor-Broad for facing up to these demons through the medium of music." - Rock Transmission

NB This event is taking place at MONO. Please contact nicholas.heartland@gmail.com for enquiries. 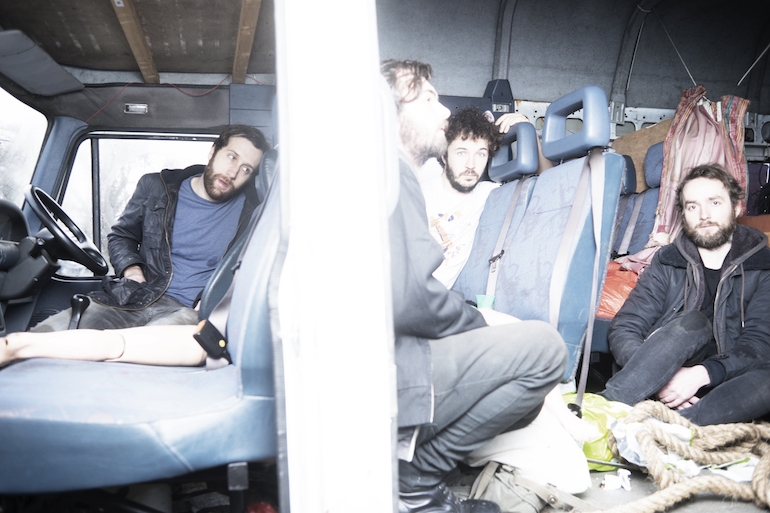