Fiddler and singer-songwriter Hannah Read met banjo player Michael Starkey at an Appalachian old time session in Edinburgh in late 2019. The moment they first struck up a tune together there was an immediate meeting of musical minds. They have since become a dynamic fiddle and banjo duo, playing repertoire deep from the old time tradition as well as newly self-composed tunes and songs. Their compelling sound can be heard on the debut album Cross the Rolling Water out on Hudson Records in June 2022.

Hannah is an award-winning Scottish musician based in Brooklyn, New York. She moved stateside to study American fiddle styles and to immerse herself in the thriving string music scene. She has toured extensively, performing solo and collaborating with musicians far and wide including Tony Trischka, Sarah Jarosz and Jefferson Hamer, as well as being one part of the BBC Folk Award winning Songs of Separation.

Michael is a multi-instrumentalist, music teacher and old time banjo enthusiast living in Scotland. His mission as a musician is to keep things simple - clear melody lines underpinned by solid, infectious rhythm. Recent collaborations include with Wayward Jane (Edinburgh-based UK/US folk and roots music 4-piece) and 'Faultlines', a collection of Lisa Fannen's poetry set to music.

Please wear a face covering (unless you are exempt), thinking social distance, and sanitise your hands on arrival. 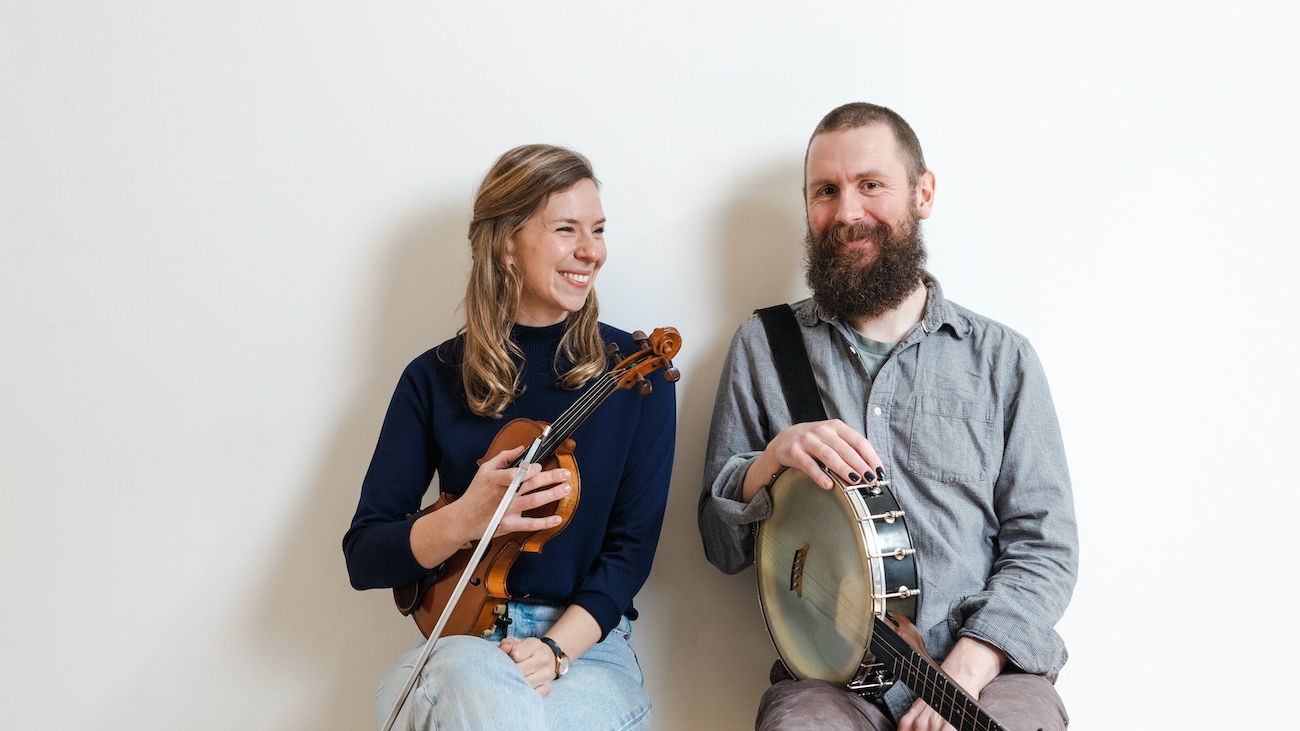 Love Where You Live Workshop

Come down to The Poly to hear a story and create your own Imaginary Friend using a mix of collage, cardboard, and...

An evening of storytelling with Falmouth based storyteller Gary Cordingley in our Library room. Every first Thursday of...