John Hegley returns with a celebratory jamboree chock-full of daft and deft wordplay, sing-along numbers and against all advice, a selection of 'drawings' and other curiosities. Gape in baffled exhilaration as the much loved bespectacled poet lays out a treasury of new and selected potatoes for your enjoyment, drawing on his recently published book 'A Scarcity of Biscuit'.

The collection weaves gentle fictions and fanciful meanderings around the letters of Romantic poet John Keats to reflect on the ordinary business of living as the wellspring of true creativity and love. Featured amongst these gems in the wordpile, Hegley's own mixed bag of on the road encounters with poetry enthusiasts nationwide have inspired a rich jumble of assorted writings to delight and bewilder by turns.

Join the intrepid boy glasses-wearer and his little sister aboard the Supersonic Sofa for loopy time-travelling adventures in exoticlands far from his Luton bungalow. Groove to the sweet harmonic sounds of French Baroque child prodigy Elisabeth Jaquet De La Guerre, set for mandolin with hand clapping, toe-tapping accompaniment and optional dancing. For virtuoso dromedary ventriloquy, look no further. Bring your own biscuits.

John Hegley is a poet, comedian, lumpy draughtsman and committed Luton Town Football Club supporter. Throughout the year, his performances and inclusive workshops in arts centres, theatres, comedy clubs, galleries and museums, literary and music festivals, hospitals, prisons, schools and libraries around the country encourage all to explore their creativity with unselfconscious brio.

He is the author of 14 books published variously by Serpent's Tail, Otter-Barry Books, Methuen, Bloodaxe, Hodder Children's Books and Donut Press. Beginning his writing and performing career as a member of the Interaction Community Arts company in London, he progressed to Comedy Store and cabaret spots subbed by energetic busking in Covent Garden with his band The Popticians. Following John Peel sessions on BBC Radio 1, he was the host of Border TV's poetry series Word of Mouth' and a nominee for the Perrier Comedy Award. BBC Radio 4 commissioned three series of 'Hearing with Hegley, and a variety of one off poetry programmes over the years.

Just because he is one of the funniest men alive, do not underestimate his dedicated gentleness. (Adrian Mitchell, New Statesman) 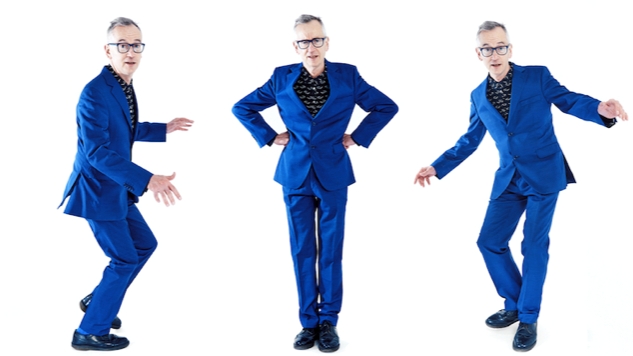 Mary Cassatt made a career painting the lives of the women around her. Her radical images showed them as intellectual,...

An exhibition about freedom and a life lived by the sea - Victoria's deep affinity with the ocean, the Cornish Coast...